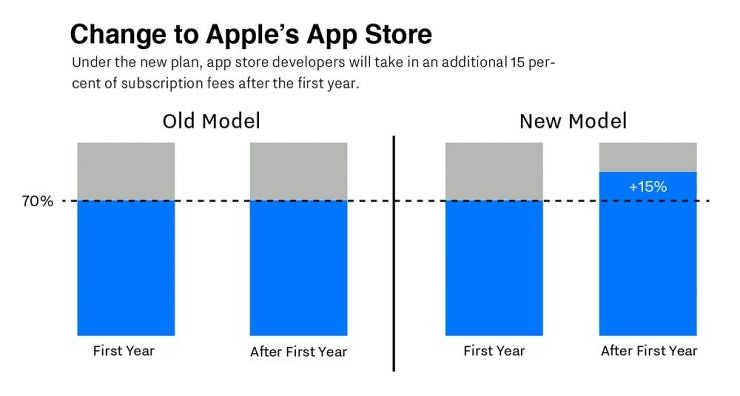 For all app category (including games), launched the new "magazine subscription" fee model, only open video, news and other categories before this time to subscribe to the service.

Percentage of first-year subscription mode to 70/30, starting from the second year went to 85/15, developer get 15%.

But for developers has always been concerned about the free trial and pay to upgrade service, Phil Schiller said they had no comment.

Subscribe to the paid model will be launched this autumn. However, on June 13 this year, app subscription model has been used for more than one year, starting from the second year will adopt a new percentage.

App Store was launched in July 2008, eight years from now. At present, it faces an increasingly silent problem: more and more developers, particularly independent software authors, found in the App Store of eco-living under increasing pressure, in short to make money. Now, whether Apple's new deal stimulus to developers, it is worth attention. Detailed information, would have to wait until June 13 local time start of WWDC 2016. 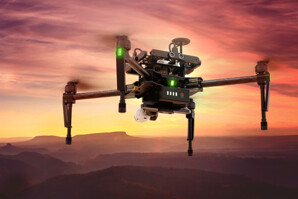 DJI Matrice 100 open flying platform is designed to provide innovative application developers in the field of UAV development platform, it is not for ordinary consumers. Matrice is equipped with several communication interfaces, power supplies, and extension, users can install various types of equipment on the platform and to obtain flight data and control mechanisms, loading 1kg 20 minutes flying time, carry extra batteries can be increased to 40 minutes.